Quick verification with an electronic proof thanks to the eDO App

Do you have an electronic ID and the free eDO App?
Create and verify your account in minutes and exchange cryptocurrencies.

Do you have an electronic layer proof and an eDO App?

Create an account, verify it and exchange cryptocurrencies in minutes.

A free eDO App from Polish Security Printing Works allows you to confirm your identity remotely without leaving home.

To use it, all you need is a smartphone (with NFC) and an ID card with an electronic layer (e-card).

How do I know if I have an eID?

Polish Identity documents with an electronic layer are issued from 4 March 2019. Each e-document, on the front, has the e-document symbol in the upper right corner.

How do I install the app?

The app is available for Android and iOS devices.

For more information about the app, please visit www.edoapp.pl 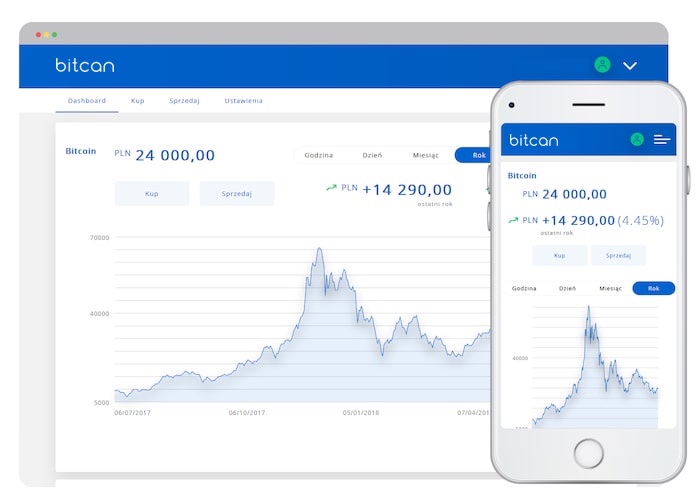 The most popular cryptocurrency exchange in Poland

A few reasons why you should choose a bitcoin exchange - Bitcan

Create a free account and buy or sell bitcoin